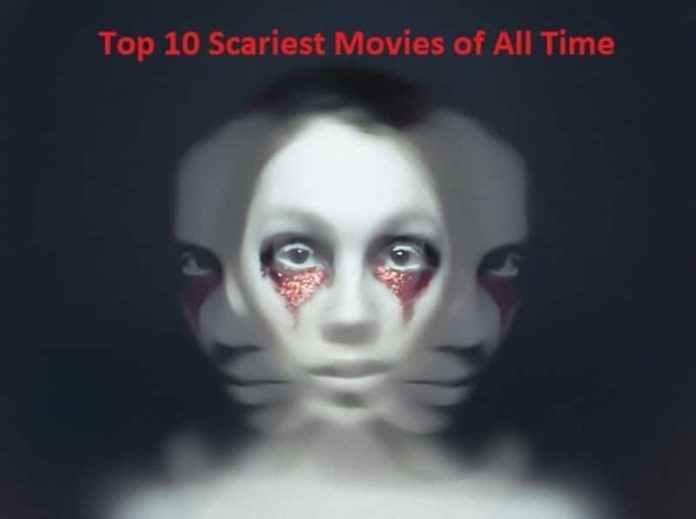 If you were to ask a group of friends what is the scariest movie they have ever seen, you would probably get different answers. The reason is that there are approximately a hundred different ways for a movie to be scary and depends on a person’s perspective. Some people are most horrified by zombies or ghosts while others cannot stand jump-scares or psychological thrillers.

Therefore, it is difficult to decide five or ten movies. After severe deliberations and going through every sub-genre of horror films, we came up with ten scariest movies of all time. We considered public reviews and IMDB ratings as well so in case your favorite movie misses out, spare us for this unintentional blasphemy. No matter you have Mediacom, Spectrum, or Cox Internet, binge-watch the movies we have cherry-picked and you won’t regret it!

“One of the finest films ever made and the greatest horror film of all time features dark, twisted and thrilling storytelling and masterful direction from the master of suspense Alfred Hitchcock, Psycho is now a legendary film.” – IMDB

Psycho is not your average horror film where the threat is known and you know what is coming. Alfred Hitchcock does something out of the box and kills his lead actress halfway through the movie. The death of Janet Leigh pulls the floor, earth, and everything right out from under the audience because of its unspeakable savagery.

Titles of some movies are so vague that you gradually work out their meaning as the narrative slowly unfolds in front of you. Texas Chainsaw Massacre is a blunt instrument of horror and keeps you in a state of paranoia. The movie shows five people and their journey to dusty America. They run out of gas and end up in a house where all they find is death and depravity. Even decades on, the movie is a disturbing endurance test.

The movie is so intense that your brain mentally splashes gore everywhere to cope with the screams of pure terror and devastation on screen.

Stanley Kubrick’s adaptation of “The Shinning” might have angered Stephen King but this is hands down another legend of this genre. The Shinning is a tale of a family stuck in a hotel all alone and features some of the most terrifying sequences in the history of cinema. Jack Nicholson’s unhinged performance, two evil twins, that bleeding elevator and hedge maze, the movie has literally everything to take your breath away.

We only think about Conjuring when someone talks about “possession” horror. However, the exorcist is unquestionably the original deal. It is easily one of the most well-constructed horror movies of all time and shows us a story of demon-inhabited Regan, her mother, and two priests using their holy scripture to save Regan’s life. The movie is nerve-racking and leaves the audience in great despair. No wonder it is still considered to be one of the greatest horror movies of all time.

5. The Silence of the Lambs

When Jonathan Demme came on board to direct Hannibal Lecter which was already a known cultural quantity, we knew the movie would turn out to be spectacular. The canny pairing of Anthony Hopkins as the notorious serial killer and Jodie Foster as the FBI agent, topped with chilling catchphrases, and the human-flesh mask, all make it the perfect thriller. The movie helps us realize that real terror does not always have a reason, but it does have a taste.

What is more terrifying than the idea of bringing up a family in a world where demons and ghosts with supernaturally good hearing hunt humans? A Quiet Place changes the perception how directors should play with movie audio and entangles us in 90 minutes of sheer muscle-clenching tension.

We, humans, are awfully loud in our routines from food crunches and footsteps to the ominous creaking of our door. However, in a quiet place, even a micro instance of audible sounds means that you are one step closer to your death. The agony commands your attention for so long throughout the film that you might have difficulty breathing properly till the movie ends.

The movie brings us the story of Veronica who tries to contact her father after his death with her classmates. They use an Ouija board during a solar eclipse that brings unexpected horrors from the other side of the world. All the super twisted plots, dreams, and fears made Veronica outshine the variety of other titles out there. Even Fox News reported that the movie is so scary people are turning it off halfway.

Usually, there is always a tendency to let any movie percolate for a few years before mentioning them in all-time greats, but the resonant social commentary coupled with hard-hitting goosebumps, Get Out is a modern horror masterpiece. The film leaves you in misery by drawing your attention to the real frightening truths rooted deep in our society.

9. The Cabin in the woods

The movie is packed to the rafters with jolts, demons, monsters, and kills. The movie revolves around an isolated cabin where five college students plan to stay. The last stop they make before leaving for the cabin is at a decrepit gas station guarded by a demented creep who giggles at what the fate brings for these students next. What happens after is superbly twisted and you need to watch the movie for yourself to better understand it.

The last film in our list IT Follows revolves around an unseen entity that follows and kills its target. The plot is quite interesting and shows us a tale of a sexually transmitted demon stalker. Though that might sound cheesily tabooed, the movie still happens to be quite a good watch for horror audiences.

So, which one is your favorite horror film out of these? Let us know in the comment section below. 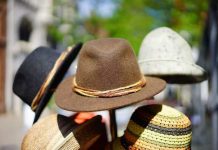