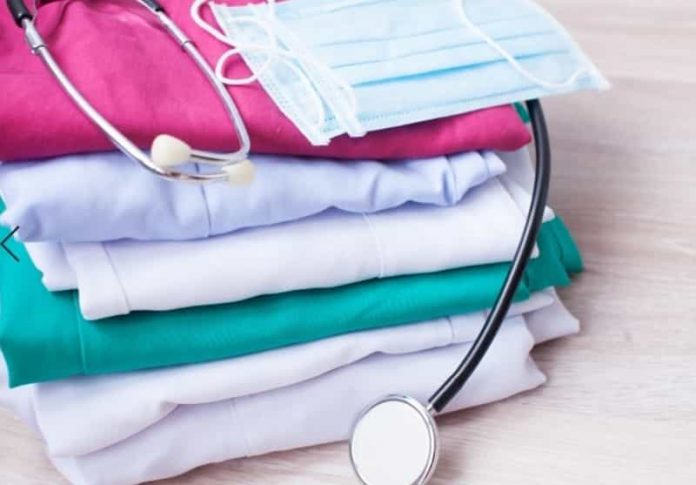 If you’re not old enough to recall, you can ask your parents about the white uniforms worn by nurses in the 60s. They’ll probably remember the spiffy caps worn for no particular utility value. If they’re old enough, your grandparents may also remember the nurses who looked like religious nuns. In those days, nurses wore tunics with veils covering their whole bodies except their faces. Fortunately, those days are behind us. Nurses and other health care professionals now wear medical scrubs that are comfortable and practical.

Read on for more information about medical scrubs and their history. If you’d first like to get a sense of what makes quality medical uniforms today, you can find out here.

What Are Medical Scrubs?

You won’t be blamed for thinking of the emergency rooms you see on medical TV series and surgical theatres when you hear about scrubs. And you won’t be too far off either. Scrubs are sanitary garments worn by health professionals.

In simple terms, medical scrubs are the pants, shirts, and gowns worn by medical staff like doctors, nurses, and others when going about their duties in medical centers. They were originally meant to be worn by surgeons and their assistants in theatres. They’re now worn by most medical field personnel for their unique characteristics of keeping contaminants away. Even a healthcare administrator can now rock a nice set of medical scrubs.

Medical scrubs are typically made of cotton and polyester, and they’re designed to be as simple as possible. The types of medical scrubs include:

How Are Scrubs Different From Regular Clothes?

Medical scrubs are generally simple in design and easy to wash. They allow air circulation and minimize sweating. They’re also relatively cheap and easy to replace if irreparably stained or damaged.

The advantages of medical scrubs include the following:

Where Did Scrubs Come From?

Although the medical profession is almost as old as time itself, the history of medical scrubs can be traced back to nurses’ uniforms that have continued to develop since the 15th century. During this time, nurses mostly wore long tunics, which resembled nuns’ uniforms. This was because nursing the sick mainly was carried out by monks and nuns. But this soon changed.

During the late 15th century, a French physician named Charles de Lorme developed the plague doctor costume. The costume was made of leather and consisted of a coat, trousers, boots, and gloves that covered the whole body.

In 1860, Florence Nightingale founded a nursing school in London. There, she introduced a circular curriculum that did away with the various religious connotations of the nurses’ uniforms. She recognized that things like crinolines, polonaises, and hair pads distructed nurses from focusing on their jobs. Dresses, nonetheless, continued to be floor-length. And to secure hair from getting into their faces, nurses wore hair caps, scarfs, or veils.
As the 19th century drew to a close, medical clothing began to change. Medical uniforms slowly moved away from their likeness to nuns’ robes. There was a bit more attention to hygiene, so doctors began to favor white clothes. By this time, medical training was more formal, and standards had been raised. Physicians decided to wear dark, heavy frock coats to seem more respectable.

Around 1889, William Halsted made some hallmark additions to the medical field when he introduced rubber cloves and technically improved the personal protective wear for medical staff.

After the first World War and the 1918 Spanish flu epidemic, masks and gloves became more popular. Both doctors and nurses wore white uniforms that represented cleanliness. However, the white environment reflected the bright lights in operating theatres too much that surgeons soon started suffering from eyestrain.

By the 1960s, most surgeons and their staff wore green uniforms, which created a pleasant contrast in the operating rooms. The attire was commonly called scrubs because the surgical staff were required to scrub before operating on a patient. The green scrubs you see today found their way into most medical centers, and from then on, there were more and more transformations in the design and style of medical scrubs.

Scrubs were unisex outfits consisting of green or blue short-sleeved shirts and drawstring trousers. A blend of polyester and cotton was the most common material used. They were easy to wash and sterilize. Other protective clothing like gowns, face masks, latex gloves, caps, and rubber clogs also became part of the complete uniform.

To this day, nurses and other medical personnel worldwide wear uniforms closely related to scrubs. They’ve also made various creative alterations believed to bridge the gap between the elitist white gowns and something closer to the patients. Scrubs can now be different colors and styles that make them comfortable, fun, and laid back.

Medical scrubs are protective clothes that help reduce the risk of spreading infection among medical staff and patients. Scrubs are much more than just medical uniforms; they’ve come a long way, dating from as far back as around the 15th century.

Today, it’s more crucial than ever to keep medical facilities sterile. Scrubs make a significant contribution to keeping bacteria and germs at bay. Their designs and styles help medical staff look hip and modern yet maintaining a professional look.

5 Things to Check Before Selling Your Medical Office

What Should You Know Before Visiting a Spine and Pain Center in Maryland for Hip Pain? 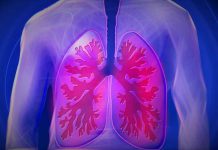 Healthy Lungs: Smokers Turn to CBD as an Alternative to Cigarettes