No matter the scope of your move, relocating can be a stressful affair. There are just so many things to take care of, and usually, this is not one of those things we can afford to procrastinate on.

It’s like expecting a baby in the family. Sooner or later, it’s happening. Woe unto you if it catches you ill-prepared.

In the case of moving, you need to figure out what items you will and will not be moving, what to do with the items you won’t be moving, determining when you’ll be relocating, sourcing moving supplies, going through the painful drill of packing, and establishing how you’ll be getting from Point A to B.

That’s assuming you’re already done with the stress of house or apartment hunting, which can be a bit of a blood sport in New York.

Finding a local moving company NYC is one way you can significantly reduce the stress of moving. A good mover can pretty much ease the burden of your moving checklist.

Thing is, though, while the Big Apple is not short of local moving companies, finding the right one can be work, especially with so many options to sift through. It’s important to keep in mind that moving companies don’t come equal, and the cheapest guys in town do not necessarily mean the best.

Here are some tips that should aid you in navigating the crowded NYC moving industry scene in your bid to find the best local moving company.

It’s important to be careful when choosing a mover, and that particularly applies in New York City where you’ll find all sorts of characters.

You don’t want to opt for some briefcase company just because they promise you the lowest rates. Usually, there is a trade-off to be made in such instances.

Either they won’t stick to schedule, or their moving “staff” could simply be muscle men with little skill or training. They might also be the sort that will surprise you with a different invoice at the end of the move or include hidden fees they didn’t tell you about…Could be anything – holding your belongings at ransom to force you to part with a large amount of money, etc.

While hidden fees are not unheard of even in the case of licensed moving companies, at least a locally-registered mover won’t give you much drama as there are industry regulations they’re expected to abide by.

A license to operate within the State of New York should be a minimum requirement when evaluating movers.

Any mover worth hiring should have a good standing with regard to their portfolio.
It’s not easy to establish how credible some online reviews are these days, but review sites like Yelp and Google Reviews should have more believable data compared to what most movers have on their website.

It also helps if the company has a social media presence. If there aren’t any negative comments on their page, at least it gives you a peek into the company’s modus operandi with respect to how they interact with customers online.

Do they have a solid web presence?

Assuming you’ve already identified a few potential candidates, go one further and check how their web presence is like.

A company website is a must, not an option. When you look them up on search engines, you should also be able to find information about them – including negative comments from disgruntled customers they’ve served in the past.

After narrowing down your potential movers – have at least three options to compare – reach out to these companies and inquire about their services and costs.

Talking to them on phone should also give you a general feel about their customer service, with any follow-ups from them a way to ascertain your initial perceptions.

As an extension of the previous point, make sure to get a moving quote from each of your target moving companies.

Don’t just take the figure they’ll give at face value. Delve into the specifics with each mover so you’re sure the moving cost won’t change midway or at the end of the move.

You should also be on the same page regarding any additional costs that might be involved or factors that could affect the original moving fee.

Ask for a written contract

Once you’re clear on the costings and are satisfied with what to expect from the mover (including what assignments they will and will not tackle), consider having it all written down in ink as per the agreement.

This document should detail the responsibilities of the parties involved in the move, with the moving fee clearly spelt out.

Experience and Lay of the land

Every moving company has to start from somewhere, of course.

But you don’t have to feel like you’re overlooking newly-launched businesses (who might even offer better service) because the law in New York already requires anyone to have at least two years’ experience in the moving industry before launching a company.

That aside, you also want to hire a local mover familiar with the city’s geography, ideally the backroads and other quirks which can save you time, frustration, and money. 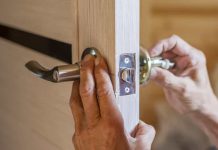 How To Replace A Front Door: 3 Tips From Experts 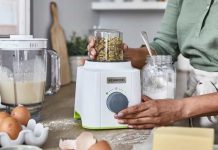 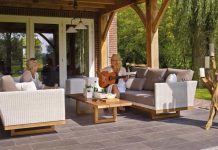 How to Prepare the Garden for Socializing in the Summer